We’re here for our tenants. For important COVID-19 updates, click here to visit our blog.

Fairview district includes both desirable residential areas and bustling commercial hubs, Fairview is home to some of Vancouver’s best most-acclaimed restaurants like Vij’s, Cactus Club, Memphis Blues or Banana Leaf, just to name a few.   Beautiful parks are scattered throughout the Fairview neighbourhood, which makes it easy for enjoying a walk with or without your two (or four!) legged companion.  It’s quite easy for residents of Fairview to find a place for a picnic, play tennis or chase your kids to the playground.

Fairview’s most famous landmark: ‘Granville Island’ is attracting numerous visitors from all over the world. Packed with shops, restaurants and gorgeous views, the island is home to the great Granville Island Public Market, the Arts Club; music and theatre festivals, like the Shakespeare Festival; Canada Day celebrations, and other cultural events.

With both Olympic Village Skytrain Station and City Hall Station, providing access to the Canada Line Skytrain and major transit routes down West Broadway, West 16th Avenue and 2nd Avenue, Fairview has excellent public transportation and is the 5th most walkable neighbourhood in Vancouver! 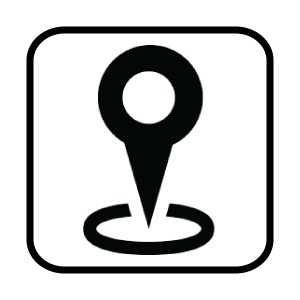 Alder Apartments, located at 2910 Alder Street, is a 4-story concrete building with an elevator, nested in a quiet side-street in the Fairview neighbourhood. Alder Place offers 1 bedroom suites, most with a ‘Juliette Balcony’ and each suite with a complimentary storage locker. Centrally located in the Fairview neighbourhood, the building is only a 7-minute walk from Vancouver General Hospital, as well as being close to beautiful Shaughnessy Park. It is only a short walk to South Granville, which features many restaurants, shopping and the renowned ‘Gallery Row’. Alder Place is nestled between two major transit routes, West Broadway & West 16th Avenue, and is also just a few blocks away from major dedicated bike routes, including West 7th Avenue, West 10th Avenue and Heather Street.

Alder place has an up-to-date security system that includes new security cameras and a secure fob entry system. There is a communal rooftop patio for all resident’s use that feature’s beautiful city and mountain views, and plans are approved for a new resident deck and garden space to be built in the building’s South Courtyard. The modernization of the building elevator is scheduled to start on Monday, September 20, 2021 and is estimated to be completed in 8-weeks. Please also note that the elevator will be out of service from the start of the project until Friday, November 12, 2021. And during that time, all move-ins and move-outs will have to use the staircase

We are proud to announce that Alder Place is certified with the Certified Rental Building Program.